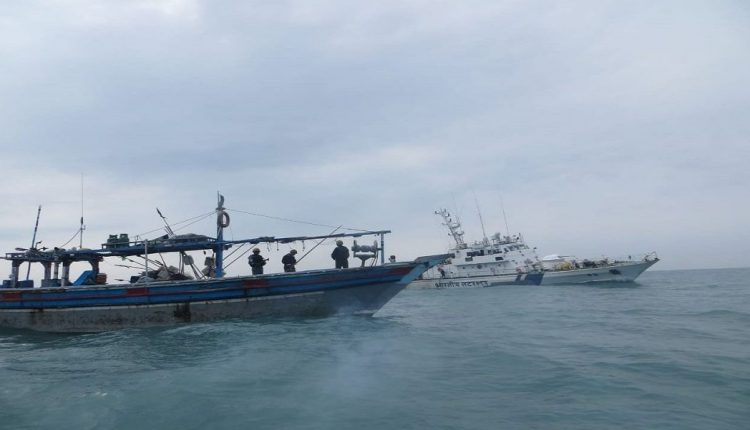 Gujarat: In a major crackdown on cross-border drug smuggling, the India Coast Guard in a joint operation with Gujarat ATS on Sunday apprehended a Pakistani fishing boat carrying 77 kgs of heroin.

The Pakistani boat ‘Al Huseini’ with 6 crew members was caught entering Indian waters with a narcotics cache worth approximately Rs 400 crores, said PRO Defence, Gujarat. The boat has been brought to Jakhau for further investigation.

Smugglers from Pakistan had been trying to use the Gujarat coast as a transit route to transport narcotics to their destination, especially in the last four years, but all such attempts were foiled, Gujarat ATS Deputy Inspector General (Operations) Himanshu Shukla.