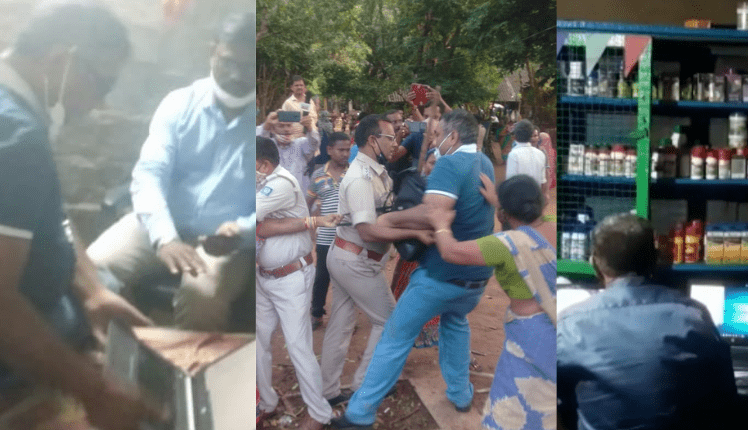 Dhenkanal/ Bhadrak: High tension ran at Colony Sahi in Dhenkanal’s Jubilee Town on Tuesday after scores of women thrashed a group of CBI personnel, who were questioning a youth of the same locality for several hours.

However, the situation worsened when the CBI team kept on interrogating Nayak for several hours which irked the locals. Soon Some women and men dragged out the officials from the house and thrashed them black and blue.

On being informed about the scuffle, Town Police reached the spot and rescued the said CBI officials. However, police officials said that they did not have any clue about CBI’s surprised raid.

Similarly, a five-member CBI team on Tuesday carried out a raid in Binayakpur village of Ganijang panchayat under Agarpada police station in Bhadrak district and apprehended one youth, identified as Manoranjan, on charges of online child sexual abuse and exploitation. The CBI team also confiscated his laptop, mobile phone, and other multimedia devices used by the accused.