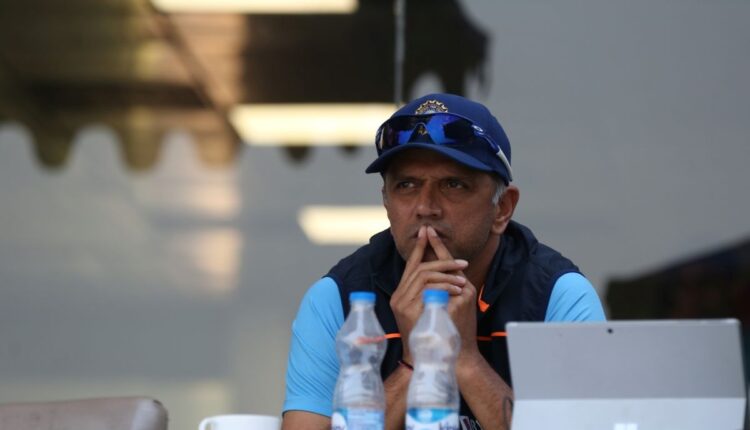 One Of The Batters Has To Make A Big Score: Dravid

Johannesburg: After the team’s defeat in the second Test against South Africa on Thursday, India head coach Rahul Dravid asked the blue army to ramp up their batting performance.

He also said that the team needs to score more runs to avoid such type of defeat, for which, one of the batsmen has to take responsibility.

“The wickets have been a little bit challenging for both the teams. But yeah, we need to bat a little bit better. As a batting unit, we can look to seize the key moments and when we get those partnerships, we need to make them bigger,” said Dravid on Friday.

The former India skipper further mentioned: “In the first innings, it was challenging as the ball kicked up a little bit. But had we got those extra 60-70 runs, we could well have made a significant difference in this game. Maybe some of the guys who got starts could have converted that into hundreds. On these kind of wickets, one of your batters have to go in and make a big score, which certainly adds those 60-70 runs.”

The 48-year-old also stated that pacer Mohammed Siraj’s injury, which he suffered on Day 1, affected India’s plans in the Test match.

“We couldn’t use Siraj much and our strategy regarding the game somehow got affected because of it,” said Dravid.

Dravid hopes skipper Virat Kohli will be back in time for the final Test at Cape Town.

“He had the opportunity to run around and test himself a little bit with a few throwdowns at nets. Hopefully, with a couple of more nets in Cape Town, he should be good to go,” Dravid said.

An unbeaten 96 from South Africa skipper Dean Elgar in the fourth innings of the second Test helped the hosts level the series 1-1. The final Test will be held at Cape Town on January 11.

Amid Rising COVID19 Cases, Varsities, Colleges In Odisha To Remain Shut From Jan 10