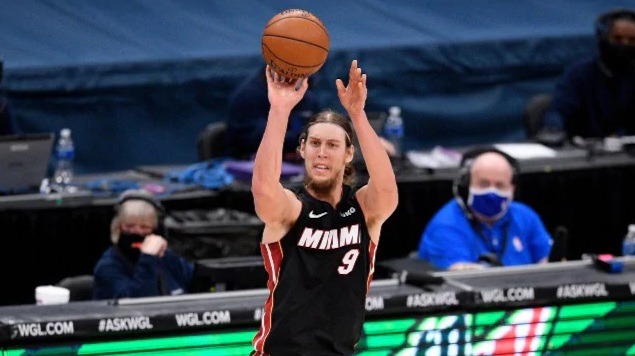 Boston: The NBA game of Sunday that was scheduled between Miami Heat and Boston Celtics has been postponed by the authorities due to COVID-19 protocols.

The Celtics had seven of those players and Miami had another. But after Heat guard Avery Bradley was ruled out for Sunday, the rest of the Miami players needed their contact-tracing data analyzed to determine if they had been potentially exposed.

That process would not have been completed in time for the 7 PM game, so the league called it off.

Boston was preparing to play the game with eight available players; the Celtics have 17 on their roster, seven were out due to the COVID-19 protocols, and two more with injuries.

Meanwhile, the Heat simply were not cleared to play anyone.

The NBA had 148 games on the schedule so far through Sunday; the Boston-Miami game was only the second to be postponed for virus-related reasons. The other was on December 23, an Oklahoma City at Houston game where the Rockets did not have the required eight players available.

But many teams are feeling the effects of missing players because of testing or other possible exposure.

The Heat were staying in Boston overnight Sunday and are scheduled to play in Philadelphia, another team with virus issues, on Tuesday and Thursday. The 76ers had eight eligible players and used only seven Saturday in a loss to Denver, doing so in part because some were ruled out in accordance with the virus protocols.

The Celtics were to have been without Jaylen Brown, Javonte Green, Semi Ojeleye, Jayson Tatum, Tristan Thompson, Grant Williams and Robert Williams on Sunday.

They were in Miami for a game on Wednesday, and Bradley played in that game for the Heat.

Additionally, a fourth Dallas player was added to the COVID-19 protocol list Sunday, but Maxi Kleber is listed as questionable instead of out for Monday’s home game against New Orleans. Starters Josh Richardson and Dorian Finney-Smith and backup Jalen Brunson are still listed as out. Those three stayed behind in Denver after a win over the Nuggets on Thursday and missed Saturday’s victory at home against Orlando.

Covishield vaccine to move out from Pune today

Australia vs India: Fourth And Final Test To Be Played In Brisbane, Confirms Cricket Australia