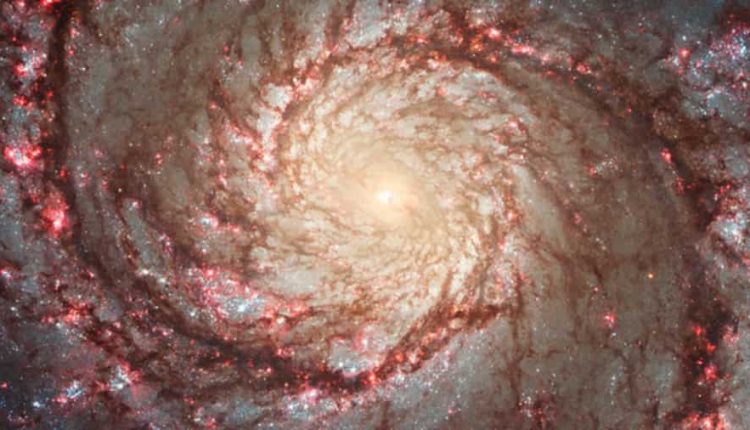 Washington: The US National Aeronautics and Space Administration (NASA) has shared a breathtaking image of the Whirlpool Galaxy’s curving arms.

From pink star-forming regions to brilliant blue strands of star clusters, the Whirlpool Galaxy has the traits of a typical spiral galaxy.

Round and round we go…

Let yourself be whisked away by the Whirlpool Galaxy’s curving arms, pink star-forming regions, and brilliant blue strands of star clusters. Explore #GalaxiesGalore with @NASAHubble on @Tumblr: https://t.co/F2kzCVAYBt pic.twitter.com/zVUKShxrEB

The Whirlpool Galaxy, which is located about 31 million light-years away in the constellation Canes Venatici, is also known as M51 and has been captured by the Hubble Space Telescope.

The post shared by the US space agency has received over 14,000 likes and more than 1800 retweets.

It comes after US President Joe Biden met Japanese Prime Minister Fumio and said that NASA will welcome Japanese astronauts aboard the gateway.

According to a press note, the space agency explained that the graceful, winding arms of the majestic spiral galaxy M51 are actually long lanes of stars and gas laced with dust. It said that such striking arms are a hallmark of so-called “grand-design spiral galaxies”.

“In M51, also known as the Whirlpool galaxy, these arms serve an important purpose: they are star-formation factories, compressing hydrogen gas and creating clusters of new stars,” NASA added.

Further, the agency went on to explain that in the captivating image, the red represents infrared light as well as hydrogen within giant star-forming regions. The blue colour, on the other hand, can be attributed to hot, young stars while the yellow colour is from older stars. It is to mention that M51 is located 31 million light-years from Earth in the constellation Canes Venatici.