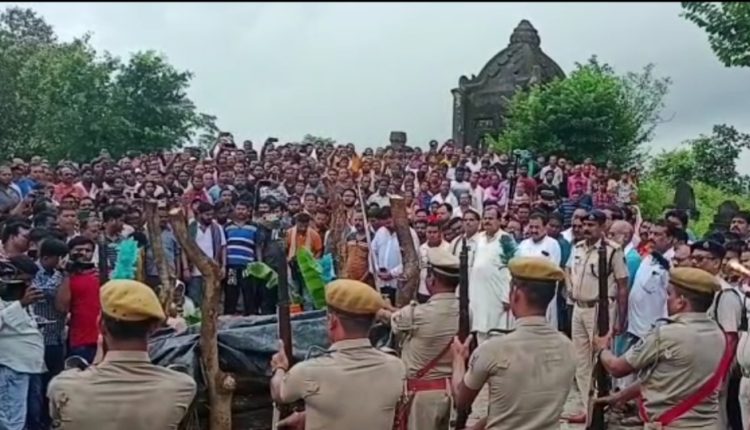 Bargarh: The mortal remains of Padmapur BJD MLA Bijay Ranjan Singh Bariha, was consigned to flames at Rajghat as scores of people bid adieu to the departed soul.

Cutting across party lines several leaders and hundreds of local supporters today paid their last respect to the deceased MLA at his residence in Bargarh district today.

Today at 8 o’clock in the morning, the body of the legislator was taken on a grand procession from his Krishnapali residence Bhauria Chhak, Kacheri Street, Sahupada, Ahimsa Street, Old Sishu Mandir, Thana Chhak, Rajapada, and reached Rajghat where the last rites of performed.

The funeral took place at Padmapur Rajghat at noon. A guard of honour was accorded to the deceased legislator by the district and police administration at Rajghat and his son Bhojraj Singh Bariha lit the funeral pyre.

The five-time legislator Bijay Ranjan Singh Bariha passed away at a private hospital in Bhubaneswar late Sunday night. He was 65.

Bariha was elected to Odisha Assembly twice on Janata Dal ticket between 1990 and 2000. He again won the Padampur Assembly seat in 2004 and 2009 from BJD ticket and also served as a minister in the ruling party. He was the sitting legislator from Padampur. 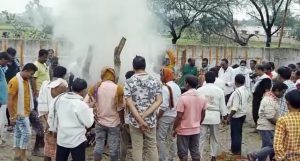