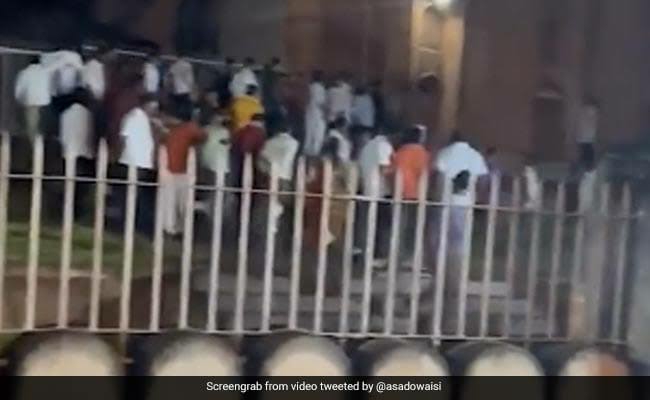 Bengaluru: A mob participating in a procession for Dussehra allegedly broke into a heritage madrasa in Bidar district of Karnataka. They shouted slogans and even performed a puja in a corner of the building. A police case has been registered against nine people, but no arrest has been made yet. Muslim organisations have promised protests if no arrest is made by tomorrow.

Built in the 1460s, the Mahmud Gawan Madrasa in Bidar comes under the Archeological Survey of India. The heritage structure is also under the list of monuments of national importance.

Police said the mob broke the lock of the madrasa on Wednesday evening.

An officer of the local police said a case has been registered against nine persons, but no one has been arrested yet.