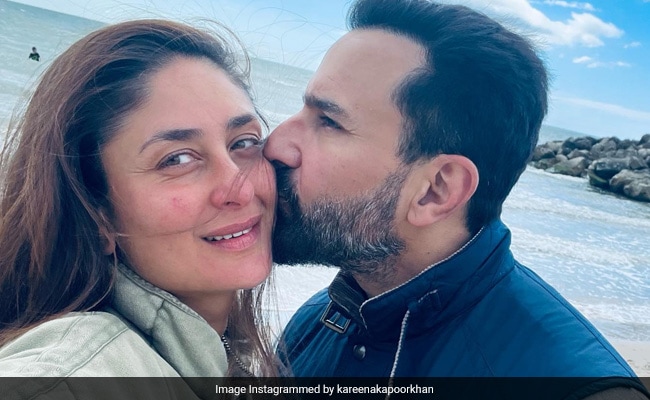 Mumbai: Kareena Kapoor, who is busy holidaying in Italy with Saif Ali Khan and kids Taimur and Jeh, has addressed the rumours of her being pregnant.

The actress shared a post on her Instagram stories and said that it was “pasta and wine”. She also revealed her husband Saif’s hilarious reaction in the post.

She wrote, “It’s pasta and wine guys…..Calm down… I am NOT pregnant… ufff… Saif said he has already contributed way too much to the population of our country… Enjoy… KKK.” 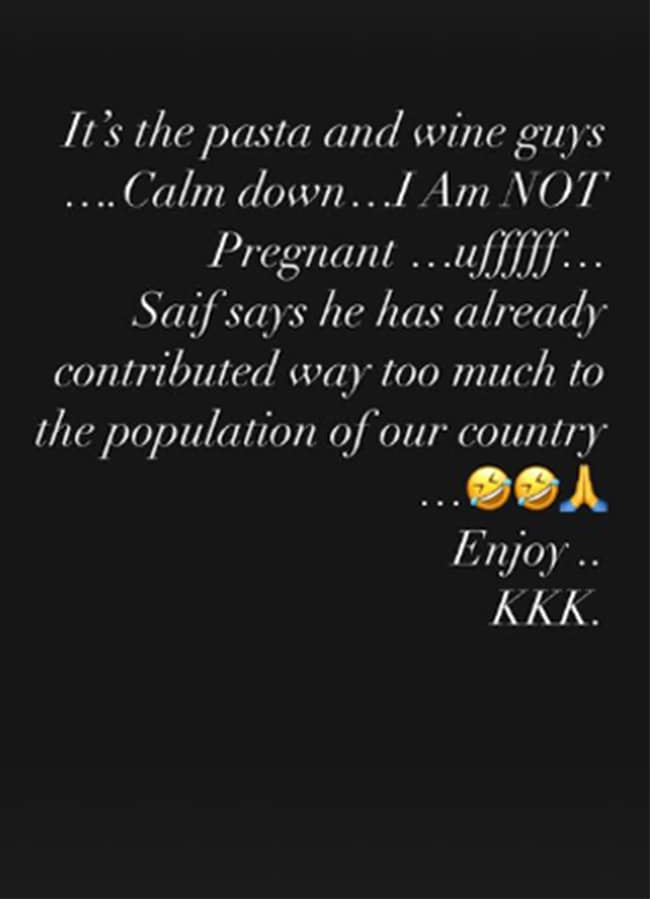 A few days ago, a picture of Kareena Kapoor with Saif Ali Khan and their friend went viral on the internet, which shows her bloated stomach.

Kareena and Saif spotted in London with friends pic.twitter.com/HBhGOQvKtm