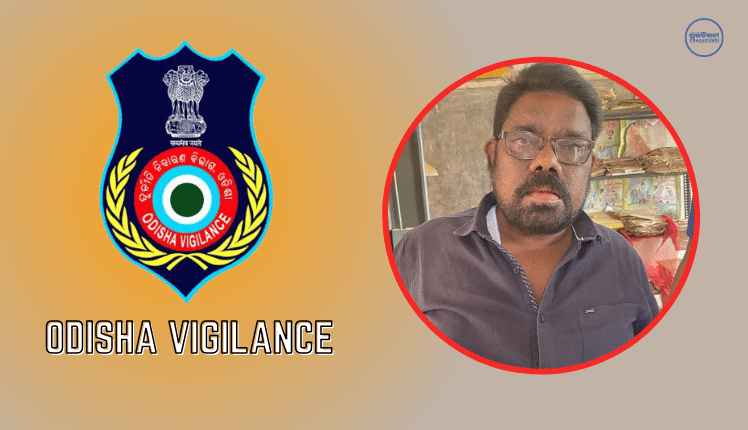 Bhubaneswar: The Odisha Vigilance on Friday apprehended the Head Clerk of Block Education Officer, Kalampur in Kalahandi district while demanding and accepting a bribe of Rs 13,000 from a retired Headmaster in order to process the release of retirement benefits in his favour.

Following a complaint by the retired Headmaster Gunanidhi Nayak, the Vigilance sleuths laid a trap and caught Head Clerk Judhistir Harijan red-handed while taking the bribe. The Vigilance said that the entire bribe money had been recovered and seized from exclusive possession of Harijan.

Reportedly, the residential house of Harijan at Mathura under the Junagarh block of Kalahandi and his office room at Kalampur are being searched from the Disproportionate Asset (DA) angle.