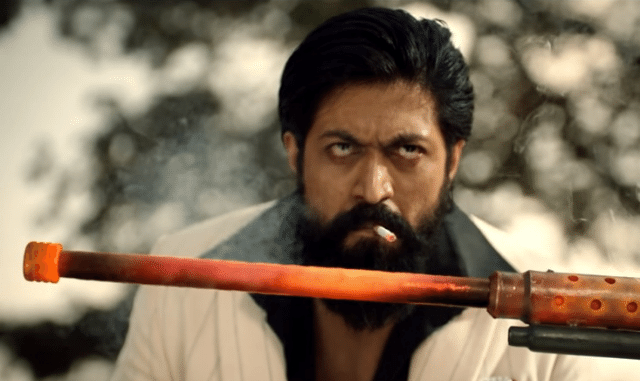 Bengaluru: K.G.F: Chapter 2 from the house of Hombale Films has become the third highest-grossing film in Hindi with a collection of ₹343 crores. The magnum opus, originally made in Kannada, has beaten lifetime figures of Salman Khan-starrer ‘Tiger Zinda Hai’ (₹339.16 crore), Aamir Khan’s ‘PK’ (₹340.8 crore) and Ranbir Kapoor’s ‘Sanju’ (₹342.53 crore) and is inching towards the ₹1,000-crore mark at overall box office.

Speaking on the occasion Mr. Chaluve Gowda, Partner & Co-founder, Hombale Films said, “We are overwhelmed and humbled by the unwavering support and encouragement we have been receiving from every corner of the world. The feeling is still to sink in, as we have waited long for this to happen. We wish to carry this momentum forward and ensure to make an indelible mark on the global scale with our movies. Lastly, I want to thank everyone who has been part of this thrilling journey with us. Much grateful to all of you!”

The movie has received tremendous response during its pre-release phase and Hombale films has gone all out to ensure that the movie reaches to every corner of the world. The movie has been released in the US,the UK and Greece for the first timeas well as in 30+ countries including Australia, New Zealand, Papua New Guinea, Singapore, GCC Countries, Jordan, Africa, Philippines and Israel.

K.G.F: Chapter 2 is written and directed by Prashanth Neel, one of the most sought-after directors, and produced by Vijay Kiragandur under the Hombale Films banner. An emerging pan-India production house, Hombale Films is all set to bankroll some of the biggest projects in the industry over the next two years. Hombale Films is also the producer of their third pan-India movie with Prabhas titled ‘Salaar’.

Hombale Films is a quality Movie Production House founded by Mr Vijay Kiragandur and Chaluve Gowda. Hombale Films was founded to create compelling content for Kannadigas on both a domestic as well as global scale. Hombale has consistently produced critically acclaimed blockbusters from Raajakumara to KGF: Chapter 1. Hombale Films has been instrumental in breaking the stereotype regarding the South Indian Production houses and created a niche for itself by delivering films that have been acclaimed nationally. With the release of the second instalment of KGF, the production house is going to get bigger and better from here.