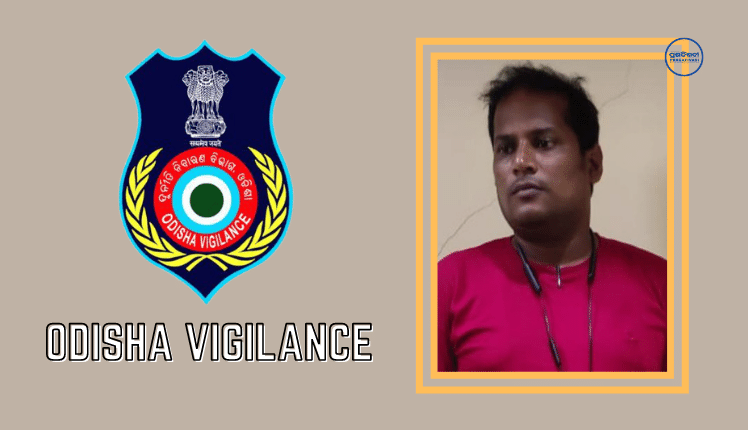 Bhubaneswar: The Odisha Vigilance on Friday apprehended the Junior Assistant, working in the Office of the Block Education Officer of Badasahi in Mayurbhanj district, on charges of demanding and accepting bribe.

According to Vigilance, the accused Junior Assistant identified as Bikram Behera has demanded Rs 15,000 from a retired Headmaster for the preparation of a bill towards the release of arrear salary.

On the basis of a complaint, the Vigilance laid a trap and caught accused Behera while demanding and accepting a bribe of Rs 15,000 from the complainant inside the office campus of the DEO, Mayurbhanj, Baripada this afternoon at around 4 PM. “The entire bribe money has been recovered and seized from exclusive possession of accused Behera,” the Vigilance said.

Following the trap, the residential quarter of the accused Junior Assistant, Bikram Behera, at LIC Colony, Baripada, office at Badasahi and his native village at Chhelia(B) within Badasahi PS is being searched from Disproportionate Asset (DA) angle.

In this connection, Balasore Vigilance PS Case 15/2022 u/s 7 PC Amendment Act.2018 has been registered. Investigation in progress against Behera, the Vigilance stated.