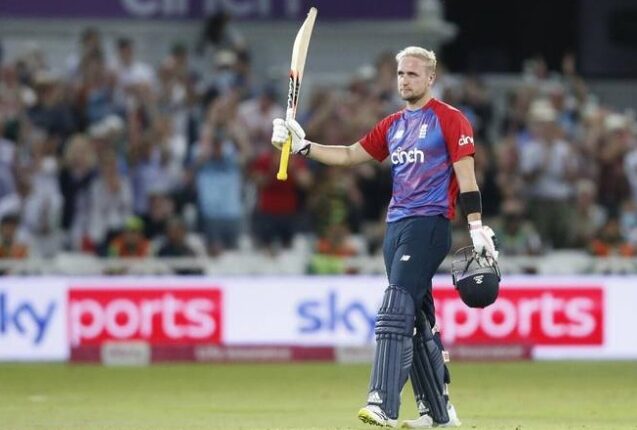 New Delhi: English all-rounder Liam Livingstone was signed by the Punjab Kings for a whopping price of Rs 11.5 crore at the IPL 2022 mega auction in Bengaluru on Sunday.

Livingstone, who was with the Rajasthan Royals last season, left the IPL bubble and flew home citing bubble fatigue as the reason.

KKR and CSK entered the initial bidding war. With the bid going past Rs 4 crore, CSK opted out of the race. Punjab Kings then entered the fray and went toe to toe with KKR’s bids. As the bids soared, Gujarat Titans made a late appearance and competed with Kings. SRH too tried to swoop in with a late bid for Rs 10.75 crore. But Kings eventually bagged him at Rs 11.5 crore.

On the other hand, Gujarat Titans has added another all-rounder to their ranks, signing Vijay Shankar after a bidding war with Chennai Super Kings.

Aiden Markram was the first player to sold in the day for Rs 2.6 crore to Sunrisers Hyderabad.

Indian veteran batter Ajinkya Rahane was sold to Kolkata Knight Riders at the base price of Rs 1 crore.