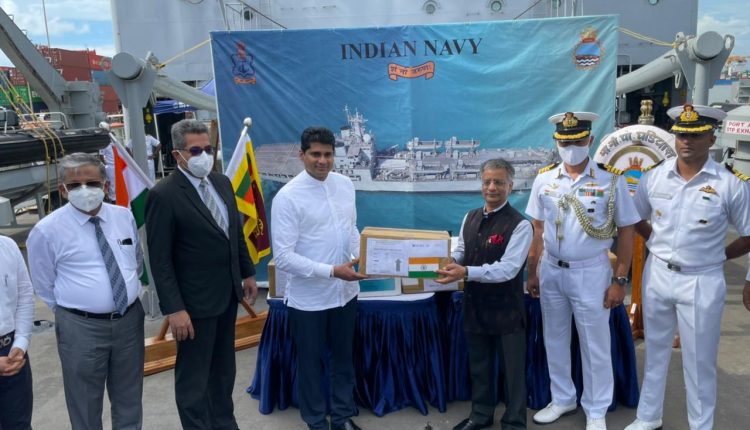 Colombo: With the overarching aim of providing critical medical aid to Sri Lanka during the ongoing crisis, INS Gharial as part of Mission SAGAR IX arrived at Colombo on Friday and delivered over 760 kgs of 107 types of critical lifesaving medicines.

The shipment was received by Health Minister of Sri Lanka, Hon’ble Channa Jayasumana, and would be supplied to the University of Peradeniya Hospital.

In line with GoI’s vision of SAGAR – Security And Growth for All in the Region – the Indian Navy undertakes several deployments titled ‘Mission SAGAR’ to assist friendly IOR littorals. Since May 2020, the Indian Navy has successfully concluded eight such missions, deploying ten ships to 18 Friendly Foreign Countries.

With a steadfast intent of delivering a high quantum of humanitarian assistance to our neighbours, personnel from ships and shore organisations of Indian Navy have invested close to a million man-hours to bring succour to our friends, overseas.

PM Hosts Sikh Delegation At His Residence In New Delhi