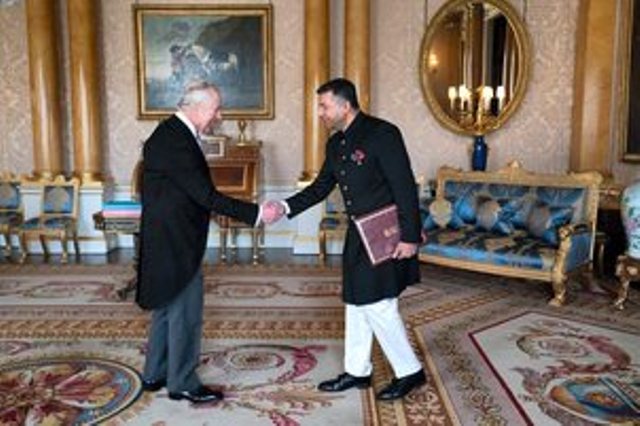 London: Vikram Doraiswami, High Commissioner of India to the United Kingdom, on Thursday presented credentials to King Charles III at Buckingham Palace calling it a “very special moment” for him and his wife.

High Commission of India in London tweeted, “HC @VDoraiswami presented credentials to His Majesty the King at Buckingham Palace, after which he hosted a Vin d’honneur. Thanks to @tariqahmadbt and many Indian and UK friends for being there. @MEAIndia @IndianDiplomacy @indiandiplomats.”

Vikram Doraiswami tweeted, “A blink of the eye for a great nation. A moment that has and will be repeated by other, better, reps. And yet, a very special moment for my wife and I, as we follow three ancestors to serve with greatest pride, an Incredibly, heartstoppingly, remarkable India.”