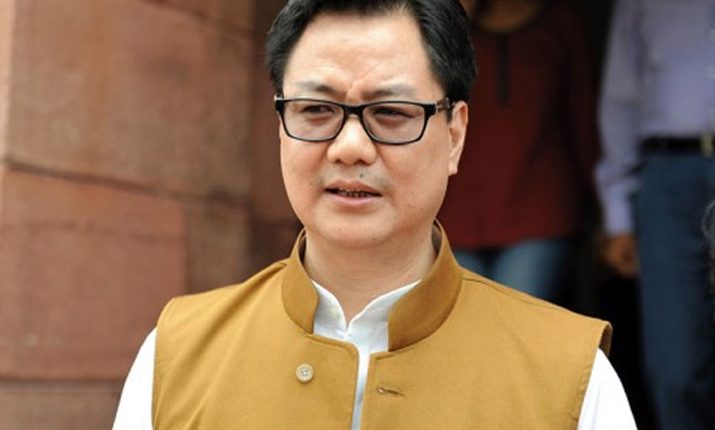 New Delhi: Due to divergence of opinion amongst the various stakeholders, there is no proposal “at this juncture” to bring an All-India Judicial Service to select judges of lower courts, the government said in Lok Sabha on Friday.

The government has been pushing for an all-India judicial service on the lines of IAS and IPS to select judges or judicial officers for subordinate courts.

“In view of the existing divergence of opinion amongst stakeholders, there is no such proposal of All India Judicial Service at this juncture,” Law Minister Kiren Rijiju said in a written reply.

According to the government, “a properly framed” All India Judicial Service is important to strengthen the overall justice delivery system.

“This will give an opportunity for induction of suitably qualified fresh legal talent selected through a proper all-India merit selection system as well as address the issue of social inclusion by enabling suitable representation to marginalised and deprived sections of society,” the minister said.

A comprehensive proposal was formulated for the constitution of an All India Judicial Service (AIJS) and the same was approved by the Committee of Secretaries in November, 2012, Rijiju recalled.