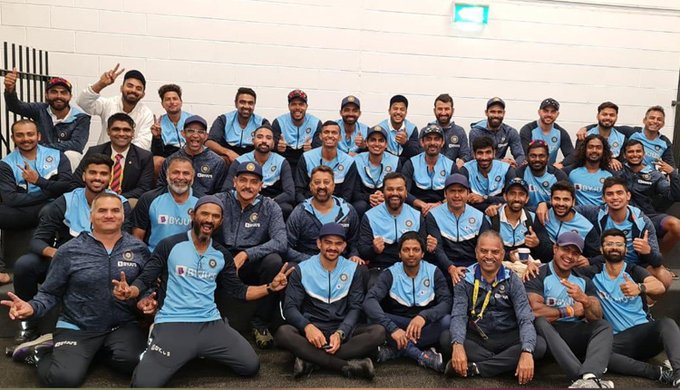 Sydney: The Indian cricket team and support staff, who underwent an RT-PCR Test for Covid-19 on January 3, tested negative, the BCCI said on Monday.

In the midst of unwanted media scrutiny after five India players — Rohit Sharma, Prithvi Shaw, Rishabh Pant, Shubman Gill and Navdeep Saini — had gone to a restaurant in Melbourne, they have all shown that all necessary protocols were followed.

“Playing members of the Indian Cricket Team and support staff underwent an RT-PCR Test for Covid-19 on January 3, 2021. All tests have returned negative results,” the BCCI said.

While the Australian press has been calling for investigations into the alleged breach, the Indian camp is ‘back the belief’ that no protocol was broken.

The four-test series between Australia and India is being played amid a backdrop of biosecurity rules, which will get stricter when the squads travel to Sydney on Monday.