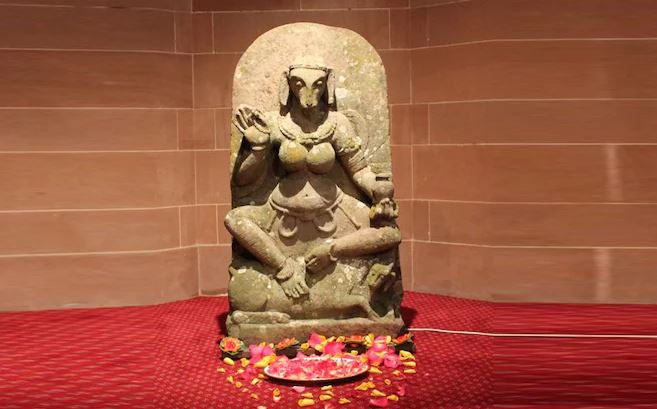 India Gets Ancient Idol Unearthed In England On Makar Sankranti

London: An ancient 10th-century Indian idol, which was illegally removed from a village temple in Uttar Pradesh over 40 years ago and discovered in a garden in England, was restored to India on the occasion of Makar Sankranti on Friday.

According to reports, the Indian High Commissioner to the UK, Gaitri Issar Kumar, took formal charge of the sculpture at the High Commission of India (HCI) in London from Chris Marinello of Art Recovery International, the organisation which helped repatriate the idol.

Reportedly, the sculpture in sandstone, which is part of a goat-headed Yogini idol set from Lokhari Temple in Banda district of Uttar Pradesh, will now be dispatched to the Archaeological Survey of India in New Delhi.

In September 2013, it was installed at the National Museum in New Delhi, the likely destination of the goat-headed Yogini.

Yoginis are a group of powerful female divinities associated with the Tantric mode of worship. They are worshipped as a group, often 64, and are believed to possess infinite powers.