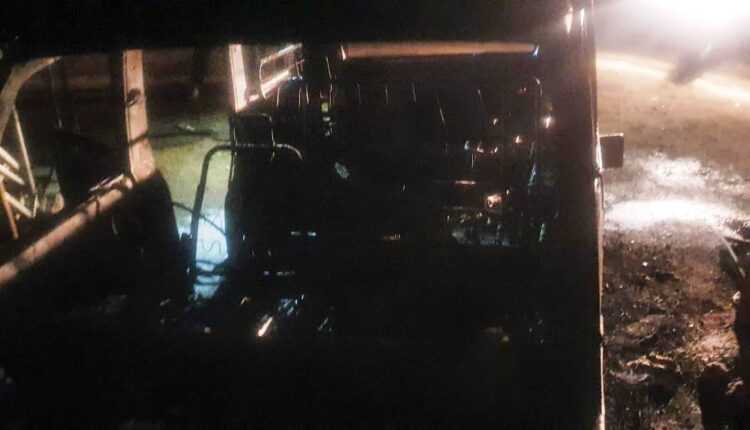 Jajpur: A violent group clash erupted in Panasudha village in Jajpur today over the claiming of a podium for ‘Astaprahari’ rituals. A police team, which reached to solve the issue, also had to face the wrath of irate villagers.

The Jajpur Sadar Police detained 13 persons from Panasudha village under Bharatpur panchayat for setting a police jeep and a van on fire.

According to reports, the people involved in the group clash set the police vehicle ablaze after the police team reached the village to stop the clash.

Reportedly, the SDPO along with one platoon of police force reached the village to take stock of the violent situation.

Police personnel have been deployed in the village and entry of outsiders restricted by the police to avoid further clash between the groups, sources said.

This is an initial report. Further details awaited.