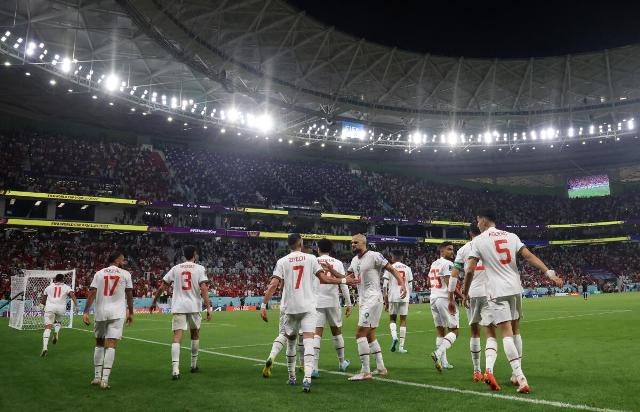 Second half goals from Abdelhamid Sabiri and Zakaria Aboukhlal helped Morocco script a remarkable win over Belgium in the FIFA World Cup on Sunday.

The win propelled the Atlas Lions to the top of Group F and has left Belgium on the brink of an early exit.

The game got off to a very quick start as Ziyech went past Castagne and delivered a cross into the box. But it was collected by Courtois and the move kind of set the tempo for the half as both teams created chances.

The fast start by both teams continued and Amadou Onana had the next chance but the Everton man’s header from the corner went well over the bar. Two minutes later, Thomas Meunier unleashed a shot from outside the box and it was comfortably saved in the end.

Ziyech, who had made a lively start to the game, had a shot on goal but it went just over the crossbar in the 20th minute.