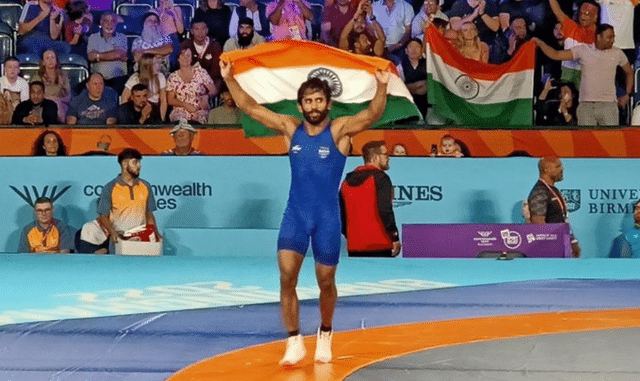 The Indian wrestler stormed into the final with an impressive win in the semifinal (10-0) and right from the start of the event, he was unstoppable beating any opponent coming his way. Notably, Bajrang took a comfortable 4-0 lead after Round 1 in the final.

Along with Bajrang, there were three more wrestlers fighting for gold on Friday as Anshu Malik took on Odunayo Folasade Adekuoroye in Women’s Freestyle 57kg final. The Nigeria wrestler got the better of Anshu who was making her debut in the Games and Odunayo completed her hattrick of Gold at the CWG.