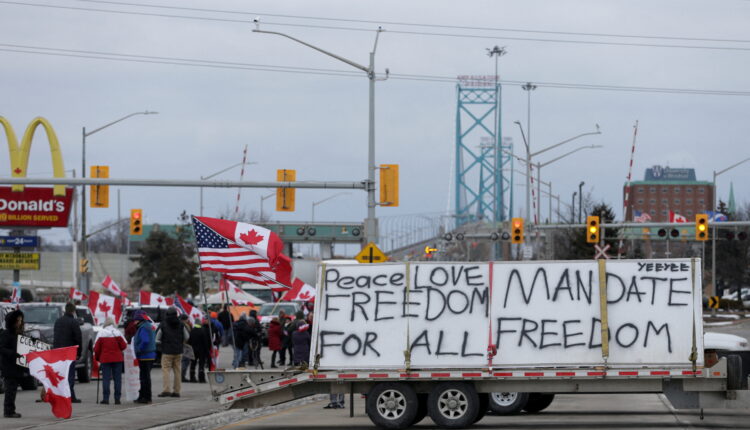 Police officers approached protesters at the foot of the bridge on the Canadian side — in the city of Windsor — after 8 am ET.

There were some early signs some protesters were moving away on their own, dismantling a makeshift tent area where they received food and shelter, said the US-based publication.

Several hundred protesters are gathering on the road leading up to the international bridge, waving the Canadian flag and listening to music, according to a Sputnik correspondent.

Some protesters have signs on their vehicles that read “What’s More Trustworthy: Trudeau government [or] Sushi from a gas station.”

In mid-January, a mass peaceful protest began in Canada consisting of truckers, farmers and other Canadians. The protesters descended on the capital Ottawa to demand the government scrap discriminatory COVID-19 vaccine mandates. The protest has since spread and truckers also blocked several US-Canada border crossings, including Ambassador Bridge, which connects Detroit, Michigan and Windsor, Ontario.