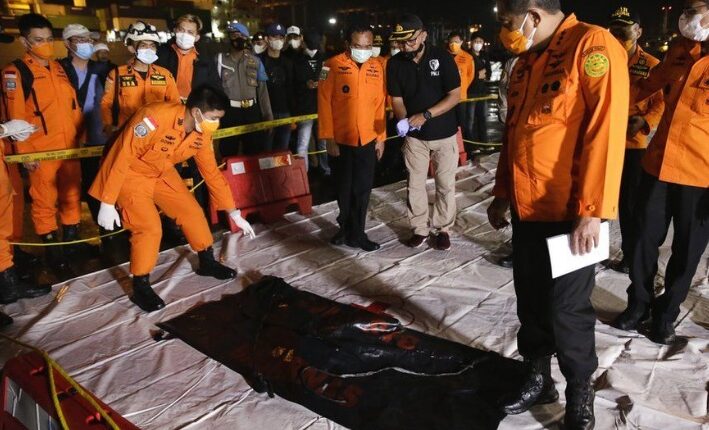 Jakarta: Indonesian authorities say they have found the location where they believe a Boeing 737 passenger plane crashed into the sea shortly after take-off from the country’s capital Jakarta on Saturday.

Indonesian investigators said they found body parts off the coast of the capital Jakarta.

“As of this morning, we’ve received two (body) bags, one with passenger belongings and the other with body parts,” Jakarta police spokesman Yusri Yunus told Metro TV.

Search and rescue efforts were suspended overnight but resumed early on Sunday. Four planes have also been deployed to help with the search.

Reportedly, Sriwijaya Air jetliner carrying 62 people on board crashed shortly after taking off from Jakarta, according to the head of Indonesia’s National Transportation Safety Committee.