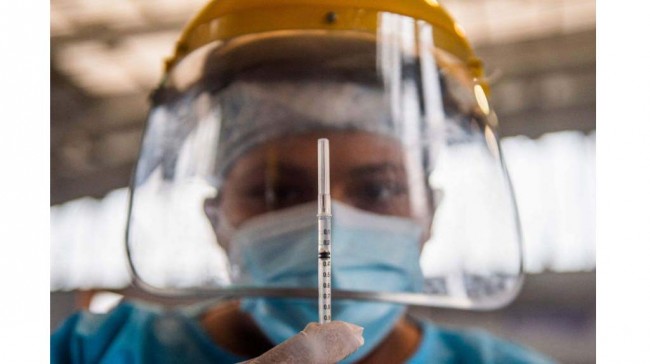 Administration of Corona jab crosses one billion amid spike of cases

New York: The number of coronavirus jabs has crossed one billion mark even as the number of virus cases has hit a new daily record due to spike of infections in India.

Media reports said at least 1,002,938,540 vaccine doses were administered in 207 countries and territories. Thailand, which had long avoided the worst of the virus, was also grappling with a spiralling caseload.

The coronavirus pandemic has killed over three million people worldwide since the outbreak emerged in China in December 2019. As virus cases rise in India, the government has been forced to run special trains to get oxygen supplies to worst-hit cities.

The Indian air force is also being pressed into service to transport oxygen tankers and other supplies around the country and to bring oxygen equipment from Singapore.

The pandemic still showing no sign of slowing despite widespread vaccination drives by governments around the world.