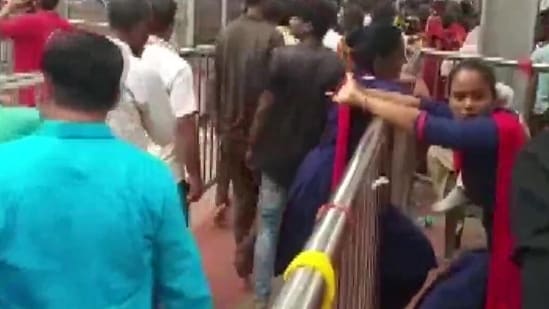 Rajasthan: At least three people were killed and several others were injured following a stampede at Khatu Shyam temple in Rajasthan’s Sikar. According to the details, the incident was reported in the early hours of Monday.

Reports said a stampede-like situation occurred at the entrance door of Khatu Shyam temple at nearly 5 am today.

Among those who were injured, two people were referred to a hospital in the state capital. Cops have been quoted as saying that the situation is now under control.

Fairs are common during the month of Saawan (monsoon) in the Hindu calendar in temples in several parts of country where large gatherings are usually seen. This year, crowds have swelled up with restrictions eased that were in place due to the pandemic.

Khatu Shyam Ji Mandir in the Sikar district is said to be an important pilgrim destination in the state. Devotees offer prayers at the shrine to have their troubles removed, as per popular beliefs