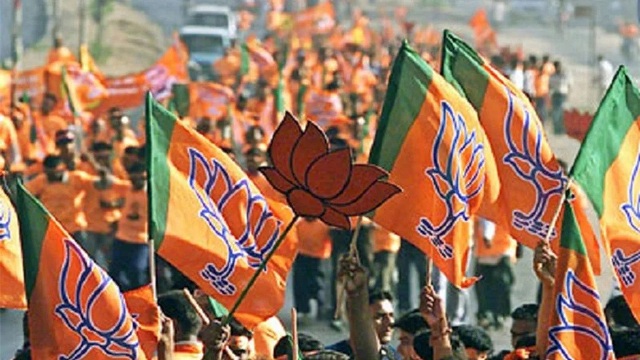 Puri:  Continuing its attack against Odisha Industry Minister Pratap Deb who compared CM Naveen Patnaik with Lord Jagannath, the BJP Yuva Morcha of Puri district unit on Sunday vowed to prevent the entry of the BJD leader into the pilgrim town until he tenders unconditional apology.

A group of party leaders lighted diyas (earthen lamp) in front of the Shree Jagannath temple praying the Lord to give wisdom to the arrogant BJD minister.

The BJP youth wing’s decision came a day after Deb gave a clarification on his twitter account. Responding to Opposition’s attack, Deb stated that the BJP is unnecessarily playing politics by misinterpreting his statement.

“It is unfortunate to see Oppn parties trying to split hairs and playing unnecessary politics over my yesterday’s speech.I meant that nationally people have started recognizing Odisha for #ShriNaveenPatnaik’s clean and good governance.I urge Oppn parties to stop misinterpreting,” he tweeted.

Deb had drawan flak from the Opposition by comparing Chief Minister Naveen Patnaik with Lord Jagannath. His statement sparked a statewide hue and cry.

The Minister, during a BJD meeting on Friday, had said that Odisha is now identified by the name of Patnaik, but earlier it used to be known for Lord Jagannath.

“There was a time when people knew Odisha because of Lord Jagannath. But now, if you say that you come from Odisha, people across India will immediately identify it as the place of CM Naveen Patnaik,” the minister had said.

“It’s “Arrogance” to the hilt when a minister in Odisha, Pratap Keshari Deb says that while earlier people recognised Odisha in the name of Lord Jagannath… now it’s the CM who’s become more famous than the Lord… & Odisha now is known because of Naveen Patnaik & not Jagannath ji,” said BJP national spokesperson Sambit Patra.

“This is demeaning the faith of 4.5 crore Odias and all the Hindus across the Globe. We all would like to know whether the CM too concurs with the statement of Shri Deb… if not will the CM reprimand the said Minister?,” tweeted Patra, who had lost the previous Lok Sabha election from Puri.