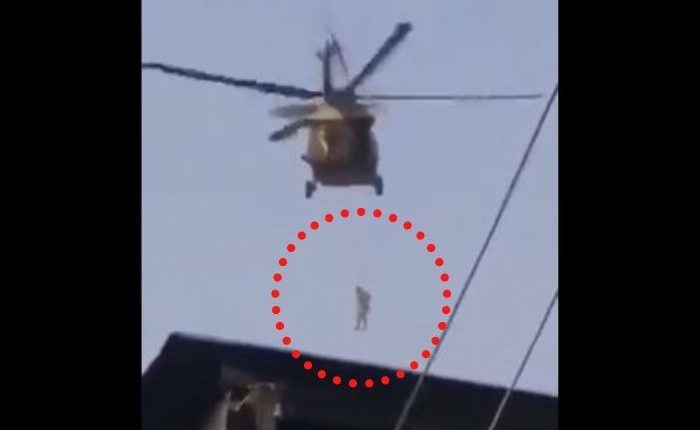 Kabul: A video of Taliban piloting one of the Black Hawk helicopters and hanging a person from that has gone viral on the internet.

Many western reporters posted this video on Twitter, claiming that the Taliban killed a man and hoisted him from a US military helicopter patrolling the Kandahar area.

On social media, the photographs of the hanging man have provoked fury, with Joe Biden being blamed for the failed evacuation and the Taliban getting modern American military weaponry.

Reportedly, the Taliban were piloting the Black Hawk helicopters, which were left behind by US forces in Afghanistan.

If this is what it looks like… the Taliban hanging somebody from an American Blackhawk… I could vomit. Joe Biden is responsible.

The United States has abandoned billions of dollars worth of military equipment in Afghanistan, which the Taliban will now use.

Meanwhile, as the US troops left Afghanistan on Monday night, the Taliban in a statement said, “Congratulations to Afghanistan… this victory belongs to us all.”

The Taliban added that it is a “big lesson for other invaders and for our future generation,” adding: “It is also a lesson for the world.”