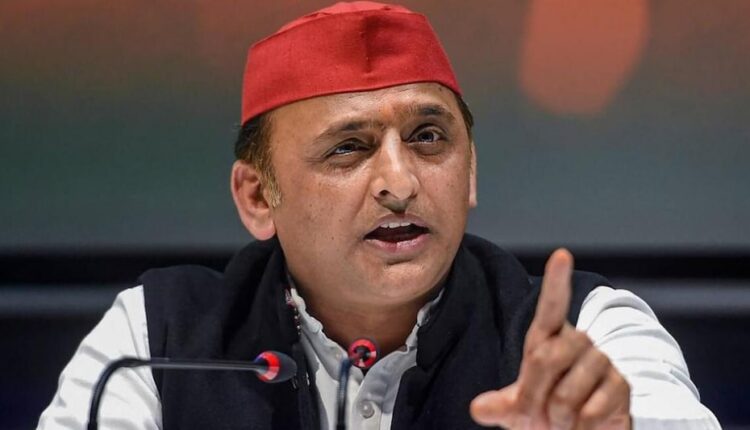 Ayodhya: Less than two days before the results are scheduled to be announced for the 2022 Uttar Pradesh assembly elections, Samajwadi Party chief Akhilesh Yadav on Tuesday alleged massive “EVM fraud” and “vote theft”.

“Samajwadi Party is winning Ayodhya that is why BJP is scared. Election Commission officials tampering with EVMs,” he claimed at a press conference here. He also alleged that EVMs had been transported in Varanasi without information to local candidates. “Exit polls want to create a perception that BJP is winning. This is the last fight for democracy. EVM is being transported without being informed to candidates. We need to be alert if EVMs are being transported this way. This is theft. We need to save our votes. We may go to court against it but before that, I want to appeal to people to save the democracy,” he said.

The SP chief also made similar allegations in a tweet. “The reports of EVM being caught (transported) in Varanasi is a message to be alert in every constituency. To deal with any attempt of cheating during counting of votes, the candidates of Samajwadi Party and its allies should stay ready with their cameras. The youth should become soldiers during counting for the sake of democracy and their future,” he said.

The voting for seventh and last phase of assembly polls in Uttar Pradesh were held on Monday. The exit polls have predicted BJP getting a comfortable majority in the state. The counting of votes will take place on March 10.