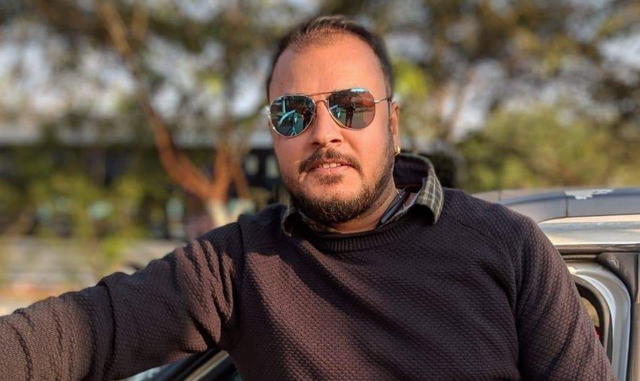 Bhubaneswar: Mystery shrouds the death of a youth, who was declared dead at Capital Hospital today, after being shifted from a de-addiction centre in Dumuduma within Khandagiri police station limits in Bhubaneswar.

Following the incident, the family members of the deceased youth, identified as Rajeev Srichandan (38) of Dumuduma Phase-II, and scores of locals gheraoed Khandagiri police station demanding that the police should take action under section 302 of the IPC and arrest the accused persons immediately.

Manas Gauda, the friend of the deceased, has lodged a written complaint alleging that his friend Rajiv was beaten to death by some people in the de-addiction centre. On the basis of the complaint, police seized Rajiv’s body and sent it for post-mortem. The body will be handed over to the family members after the autopsy on Wednesday morning, sources said.

When asked about the incident, IIC Dayanidhi Nayak said, “The deceased Rajeev was ill for the last few days. On Tuesday, he was taken to the Capital Hospital as his health deteriorated. He died there.”

The investigating officer said that the deceased Rajeev had quit government service after health issues due to heavy consumption of liquor. He could not even speak properly because of his heart issues. While Rajeev’s father and brother are dead, he used to stay with his mother.

For 7 days, Rajeev was admitted to a de-addiction centre in Kolathia in Khandagiri Vihar. At 4 o’clock on Tuesday, he was admitted to the hospital in critical condition, but the doctor declared him dead.

It is worth noting that Rajeev Srichandan, lived in Dumuduma Phase-2 at Khandagiri police station. Rajeev worked as a treasury officer. Due to heavy consumption of drugs, his body deteriorated. Later he quit the job. His body was deteriorating day by day due to the drug addiction of his friend every day. Less than two months later, he was admitted to the Mist Foundation De-addiction Center in Kothia, Khadgiri police station. After staying there for 15 days, he returned home.

On the day of Deepavali, Rajeev himself went to the de-addiction centre. As usual, on Tuesday at 2 pm, the staff called Rajiv to eat, but he refused and went to sleep. Later, the staff woke him up at 4 pm but he did not wake up. Later, he was taken to Capital Hospital in an auto-rickshaw, but the doctor declared him dead.

While the police seized the dead body, the friends and the family members of the deceased gheraoed the police station and brought some serious allegations of assault and murder.

They alleged that if Rajeev was unwell why he did not tell his family and why he was taken to the Capital Hospital and not to AIIMS or AMRI hospital which is much nearer to the de-addiction centre. The friends of deceased Rajeev have urged the Khandagiri police to investigate the incident properly and unravel the truth behind the mystery.

Dhamnagar By-Poll: Curtains Down On Campaign, Over To Voters On November 3