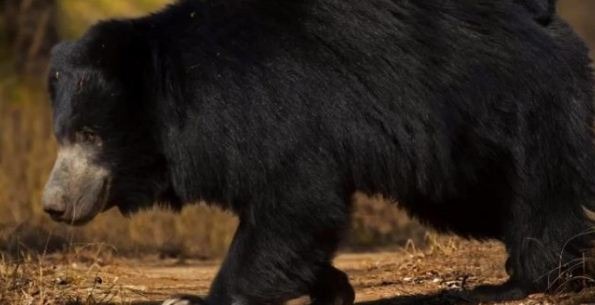 Mayurbhanj: Panic gripped the locals of  Purunapani village under Karanjia forest division in Odisha’s Mayurbhanj district after a wild bear was spotted.

According to reports, the animal strayed into the village after getting injured likely by a hunter’s arrow.

The locals were seen running chasing off the bear while some villagers were spotted grabbing the animal’s tail.

It is suspected that the wild animal might have come to the village area in search of food. The forest officials were informed about the matter.