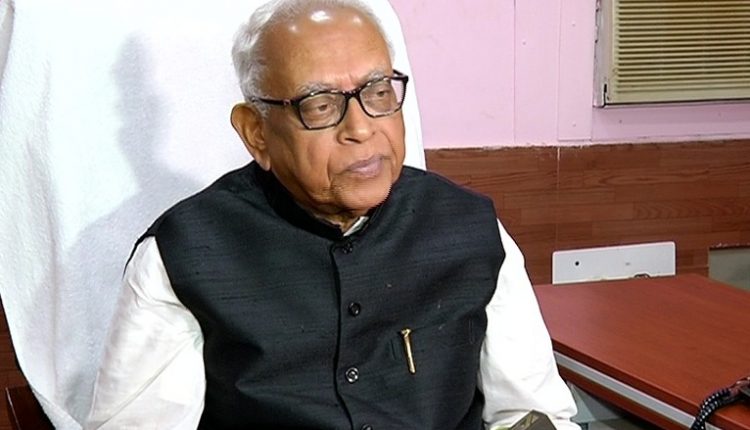 Though it was the most expected response from Congress, the Bolangir MLA has slammed Naveen Patnaik-led Biju Janata Dal (BJD) calling the CM’s love for Odias a pseudo emotion.

Speaking to media persons, Mishra said, “The opposition parties at the Centre including the Congress have already chosen its candidate for the Presidential elections. So there is no point in turning back on our candidate and supporting another at this time.”

“I know Draupadi Murmu personally, our personal equation is also good. But we will not back her candidature as she believes in BJP’s ideologies,” he said.

Mishra also took a jibe at BJD Supremo Naveen Patnaik saying that If the latter has so much sympathy for Odia people, why did he send a non-Odia to Rajya Sabha? Did not he find any Odia suitable for the Upper House?

Though he did not take the name of the so-called” Non-Odia” leader, it is understandable that his remark pointed to Union Railways Minister Ashwini Vaishnaw.

It is pertinent to mention here that, clearing the air over BJD’s stand on the upcoming Presidential election, Chief Minister Naveen Patnaik on Wednesday had appealed to all members of Odisha Legislative Assembly to extend unanimous support to elect the daughter of Odisha – Draupadi Murmu to the country’s highest office.

Reportedly, former Union Minister Yashwant Sinha emerged as the consensus Presidential candidate of 13 opposition parties, including the Congress, the TMC and the Samajwadi Party as opposed to NDA’s Draupadi Murmu.