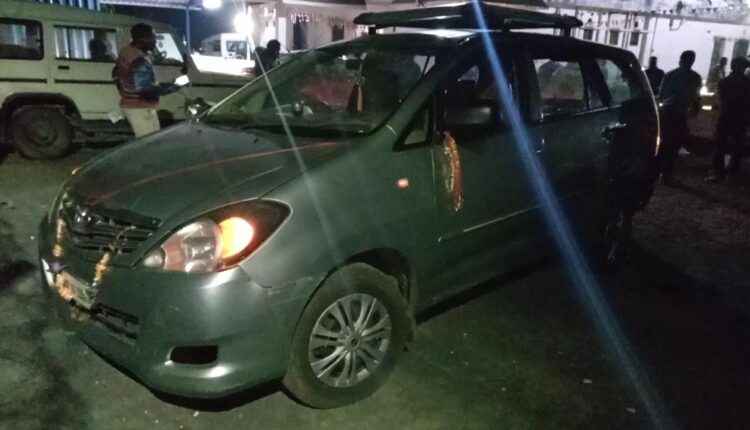 Notorious dacoits nabbed by police after exchange of fire at Rairakhol

A joint team comprising Rairakhol and Bolangir police seized a luxury car and a huge cache of weapons from the possession of the six-member dacoit gang.

Sources in the police said the team was following the dacoit gang for four days. They entered Redhakhol from Kendrapara region. The exchange of fire took place at Redhakhol-Boudh highway at Kaithasahi post office.

An Innova car, in which the notorious dacoits were travelling in, bear the registration no ORO2 AK 9250. The tyres of the car were fired upon following which it got deflated and the dacoits were apprehended, police said.