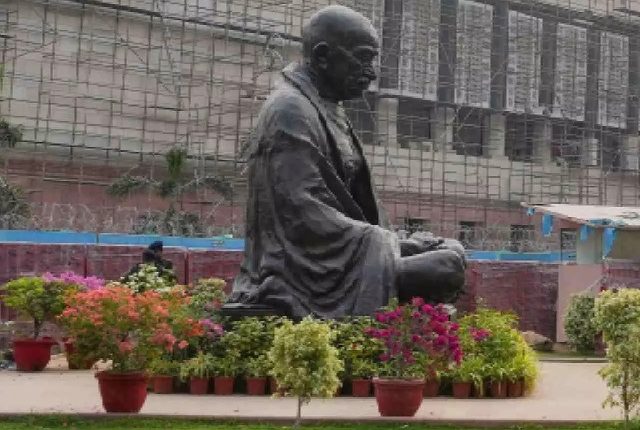 United Nations: A bust of Mahatma Gandhi will be inaugurated as a gift from India to the United Nations during India’s Presidency of the Security Council next month, the first sculpture of the Mahatma to be installed at the world body’s headquarters here.

The bust, made by renowned Indian sculptor Padma Shree awardee Ram Sutar, who has also designed the ‘Statue of Unity’ in Gujarat, will be inaugurated on December 14 during External Affairs Minister S Jaishankar’s visit to the UN for India’s Presidency of the Council for the month.

India’s Permanent Representative to the UN Ambassador Ruchira Kamboj told PTI in an exclusive interview here that the bust will be placed in the expansive North Lawns of the UN headquarters.