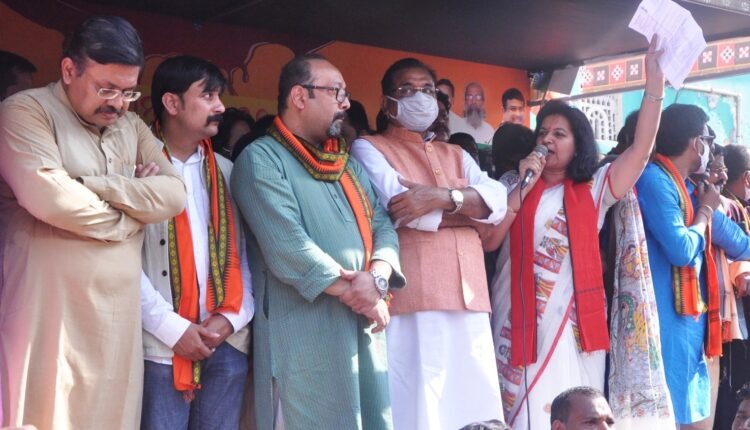 However, Bhubaneswar MP Aparajita Sarangi has said that the discussion was not fruitful. She said they demanded interrogation of all accused named in the FIR, but the DGP expressed his helplessness.

According to Mohanty, DGP Abhay said a DIG rank officer will be entrusted with the investigation. Earlier in the day, the BJP had taken out a rally from Mata Mutt to DGP office demanding the sacking of Pratap Jena from the ministry.

The BJP leaders demanded action against Jena for his alleged role in the murder of BJP leader and former chairman of Mahanga block Kulamani Baral and his associate Dibya Singh Baral.