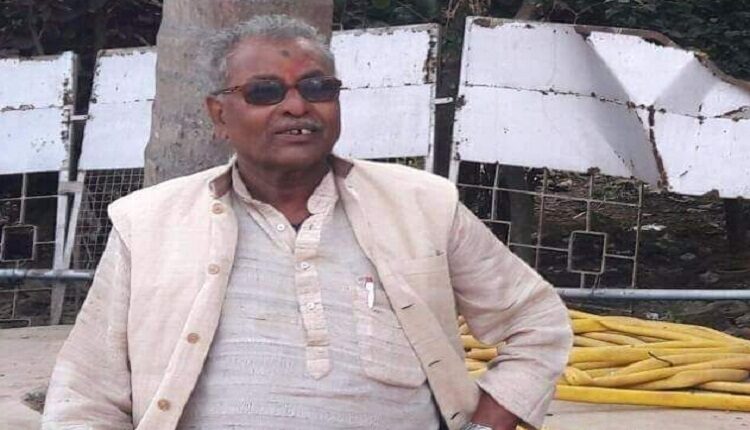 Cuttack: Five teams were formed to hunt down the accused in the murder of BJP leader Kulamani Baral and one of his associates in Mahanga area on Saturday evening.

Cuttack Rural SP Jugal Kishore Kumar Banoth on Sunday said each team is headed by an Inspector Rank official, monitored by two Additional SPs and a DSP under the direct supervision of the SP, who is camping at Mahanga Police Station.

He said that raids are being conducted at different places to nab the accused. Some suspects have been identified, but they will be arrested soon based on the evidence.

Reports said BJP’s Salepur in-charge and former chairman of Mahanga Block was attacked on the way at Jankoti on Saturday at around 7.30 PM when he was returning home with his associate Dibya Singh Baral on a motorcycle.

His associate, Dibya was shifted to SCB Medical College and Hospital as his condition deteriorate. He succumbed while undergoing treatment at SCB Medical. Cuttack Rural police have registered a case and investigating the incident.

Law Minister Pratap Jena while condemning the murder of Kulamani, said the government never patronise violence in politics and added that stringent action will be taken against those who have done this heinous act. The minister said that he will personally see that the culprits are nabbed and punished.

Odisha unit chief of BJP Samir Mohanty has demanded the resignation of Mahanga MLA & law minister Pratap Jena. He said the deceased’s son blamed Jena in the FIR, therefore, he should resign on moral grounds.