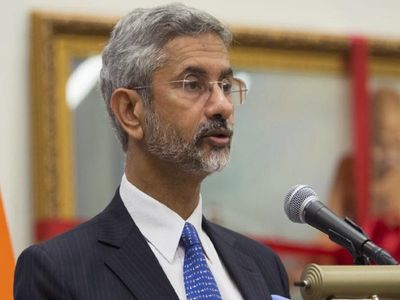 New Delhi: India on Monday stoutly defended its import of crude oil from Russia amid the Ukraine conflict with External Affairs Minister S Jaishankar asserting that New Delhi’s procurement was just one-sixth of the European purchase in last nine months, in comments that came as a G7 price cap on Russian crude at USD 60 a barrel came into effect.

At a media briefing after holding wide-ranging talks with visiting German foreign minister Annalena Baerbock, Jaishankar also noted that Europe can’t make choices to prioritise its energy needs while asking New Delhi to do something else, asserting that discussions between India and Russia to expand the trade basket started much before beginning of the Ukraine conflict.

The two foreign ministers also inked a bilateral mobility pact that will make it easier for people to study and work in each other’s country even as the two sides vowed to ramp up cooperation in areas of defence and security, trade, climate change and clean energy.

In the joint presser, the German foreign minister, referring to increasing Chinese assertiveness, said China has changed very much over the last few years and “I think the whole region can see this and feel this.”

“In Germany, we have seen what it means when you become strongly dependent on one country, a country that does not share your values. So with a view to the political and security policy aspects and developments in the region, we will closely cooperate with our partners in the region,” she said.