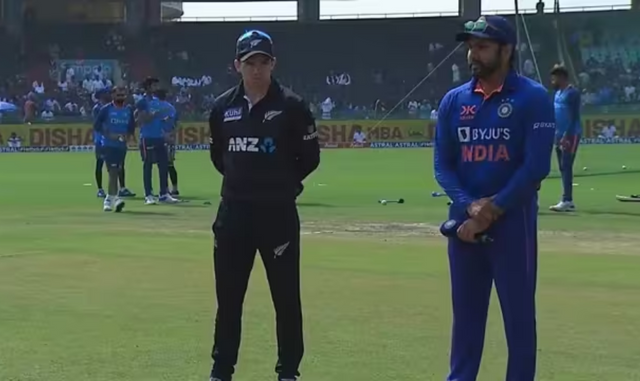 Raipur: India skipper Rohit Sharma won the toss and opted to field first against New Zealand in the second ODI of the three-match series at the Shaheed Veer Narayan Singh International Stadium here on Saturday.

Rohit took his time to elect to bowl after winning the toss and it looks like a very good decision.

India currently has a lead of 1-0 lead in the series.

New rules for social media influencers: Up To Rs 50 Lakh Fine If Not Followed