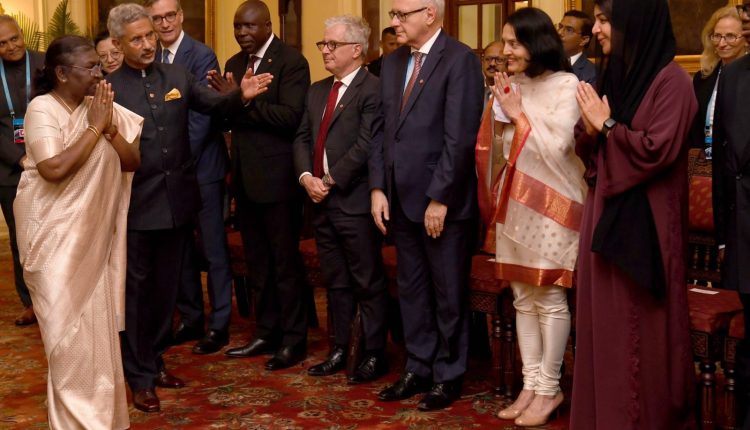 New Delhi: Heads of Delegations of the United Nations Security Council’s Counter Terrorism Committee (CTC) called on the President of India, Smt Droupadi Murmu at the Rashtrapati Bhavan today (October 29, 2022). They are in India to attend the Special Meeting of the UNSC CTC held in Mumbai and Delhi on 28-29 October, 2022.

Welcoming the delegation members, the President appreciated their gesture of commencing their visit by paying tributes to the 26/11 victims in Mumbai. She said that India as the world’s largest democracy, with one of the most open and diverse societies in the world, has been a victim of terrorism for decades. India has a national commitment to fight the evil of terrorism, in all its forms and manifestations. She emphasized that zero tolerance to all acts of terror, irrespective of its motivations, should continue to be the guiding approach of the international community in shaping the global counter terror architecture. 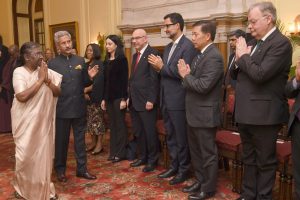 During the meeting, Ambassador Ruchira Kamboj, Permanent Representative of India to the UN, in her capacity as Chair of the CTC, informed the President about the working of the UNSC CTC and its priorities. Mr Michael Moussa Adamo, President of the UN Security Council and Foreign Minister of Gabon and External Affairs Minister of India, Dr S. Jaishankar also made brief interventions apprising the President of the salient aspects of the UNSC CTC’s deliberations and the way ahead, as outlined in the Delhi Declaration adopted earlier today. 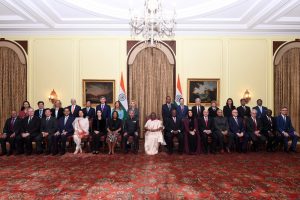 Man Gets Life Term For Rape And Murder