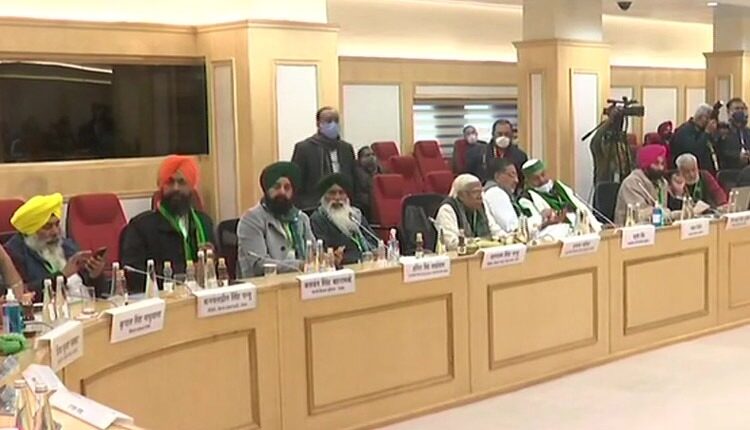 Centre-farmers talk: 8th round proves inconclusive, next meeting on Jan 15

New Delhi: The eighth round of talks between farmer unions and the central government has turned inconclusive again on Friday.

Reports said both parties failed to agree on a resolution to end the impasse over the three new agriculture laws. However, both the parties have agreed to meet again on January 15 for the ninth round.

The Centre has not budged to rollback the farm laws while the farmers had sought complete withdrawal of the three laws and a written guarantee on minimum support price (MSP).

Worthwhile to mention that the agitating farmers took out tractor rallies on Thursday to reiterate their demand. The Union Government has made it clear that it is prepared to consider any proposal but not the three farm laws.

The latest round of talks at Vigyan Bhawan was crucial after the last meeting on January  4 once again remained inconclusive. The sixth round of talks on December 30 appeared to have some breakthrough, but  failed to produce result.