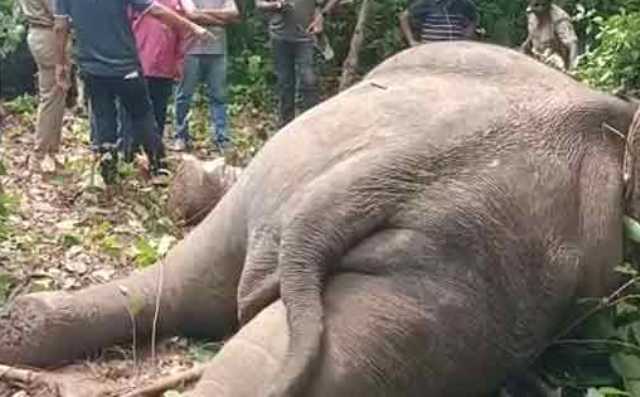 Baripada: The ailing elephant, which had undergone surgery on its left side front leg on Sunday, died on Monday morning at Similipal forest, officials informed. The jumbo was about 30-40 years old, they predicted.

The animal which had suffered a big wound on the leg after being entanled in a trap in Masinakati forest under Betonati range of Similipal, was given required treatment after an hour-long operation.

A team from OUAT, Bhubaneswar and veterinary surgeons of Similipal had conducted the surgery on the ailing jumbo. The team had found a big wound on the leg of the animal.

The team of forest officials on Sunday tranquilized the pachyderm before conducting the operation. The medical experts had also administered necessary medicine for speedy recovery after the operation.

The wild life rescue team had kept a close watch on the condition of the animal.

It is suspected that the pachyderm might have suffered from septisimia as the wound remained untreated for long days and got septic.