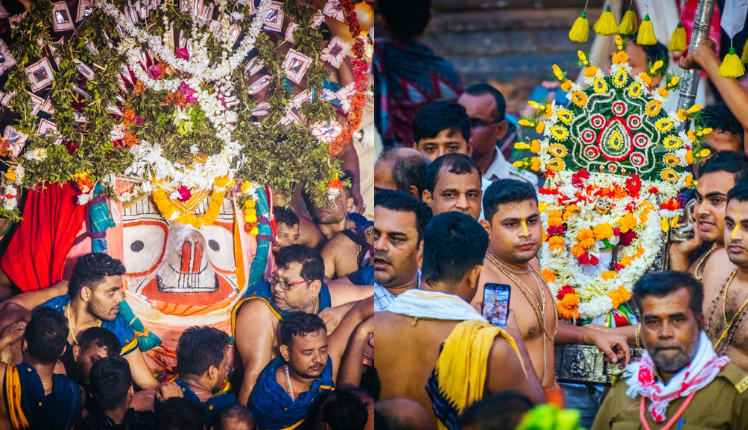 The deities alighted from their respective Raths and were escorted inside the temple by the sevayats in a ceremonial procession after the Sandhya Dhupa ritual. The Pahandi Bije began at around 5.30 PM.

As per rituals, Pahandi of Lord Balabhadra from Taladhwaja Rath, Goddess Subhadra from Debadalana, and Lord Jagannath from Nandighosha was performed after servitors installed Lord Ramakrushna, Lord Madan Mohana and Lord Sudarshan at the Adapa Mandap of Gundicha temple.

As per tradition, the Lords spend the next day after the Gundicha Jatra seated on their respective chariots. The deities observe all their daily rituals on the raths itself during the entire day before being taken to the Adapa Mandapa.

During the stay on the chariots, devotees get the once-a-year chance to witness the besha (decoration) and other nitis of the deities, the only time they are observed outside of the Srimandir.