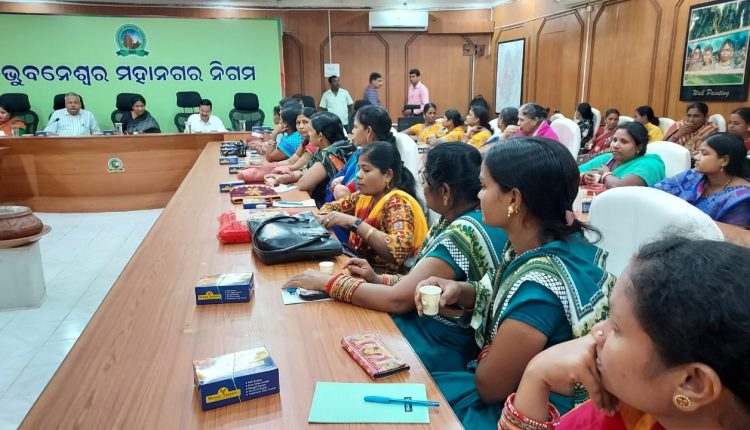 Bhubaneswar: The development work of Lake Zone – 1 at Nicco Park in Bhubaneswar with its leading Drain No. 10 has been awarded to 16 Mission Shakti Groups (SHGs).

The meeting chaired by BMC Mayor Sulochana Das in presence of Commissioner Vijaya Amruta Kulange addressed the role of SHGs as implementation partners.

In different activities, SHGs have been involved and proved their capacity and integrity of taking up assignments and fulfilling its objectives, the BMC Mayor said.

The SHGs were awarded the work on a lottery basis. On sight distribution of patches was done in presence of the Mayor and Commissioner of the city civic body.

The scope of work includes the following:-

The area comes under three wards (28, 35 and 36) with an approved budget of 1.85 crores. Activities will be implemented through SHGs with the guidance of the BMC Engineering Wing and water rejuvenation unit. This is a MUKTA scheme project, it was learned.