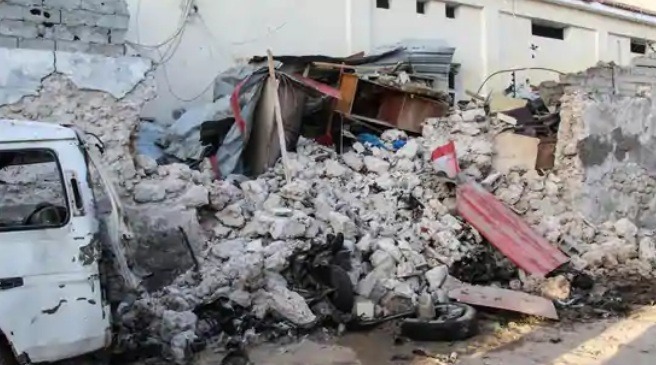 Mogadishu: Seven civilians sustained injuries after a suicide bomber detonated explosives near a checkpoint outside the presidential palace in Somalia’s capital, Mogadishu.

More than a dozen of vehicles were destroyed in the blast, the police added.

This latest bombing occurred as Somali politicians argue over how to hold a national election.

The al-Qaida-linked al-Shabab extremist group based in Somalia often targets high-profile areas of Mogadishu. It has threatened to attack the polls.