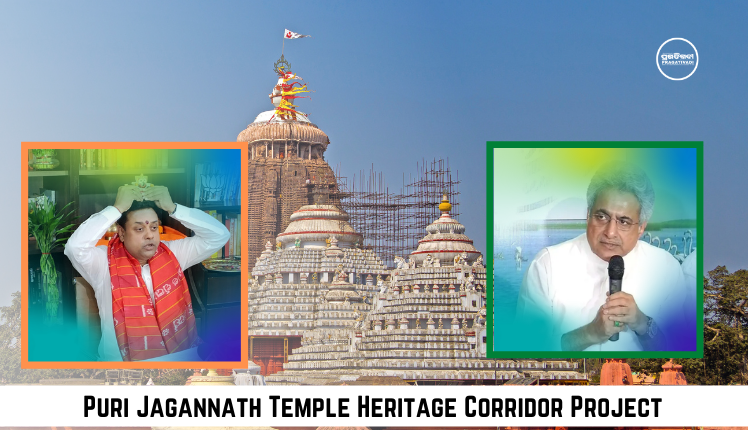 After the Archeological Survey of India (ASI) filed an affidavit in Orissa High Court pertaining to construction work under Puri Jagannath Temple, the matter has played the role of catalyst in state politics.

While the opposition trained guns on the BJD-led Government alleging violations, the latter was firm on National Monument Authority’s no-objection certificate (NOC) for the construction work.

BJP National Spokesperson Dr Sambit Patra termed the HC’s suggestions on this matter concerning. The State Government carried out construction works without approval from the competent authorities. Isn’t this illegal? Who is answerable?,” said Patra.

“In Lok Sabha, Puri MP Pinaki Misra said that only 4 toilets are being constructed in the restricted zone of Jagannath temple. Pinaki Mishra should apologise for this blatant lie,” Patra tweeted.

Responding to Patra’s reaction, Misra said, “Work is underway with NMA’s NOC. We have never said about ASI’s approval. Whatever is happening is within the purview of the law. Reception counter to come up in the regulated area, with permission. And where is it written that DPR cannot be revised?”

The Puri MP added, “Sambit Patra or I cannot decide how much area should be dugout. Digging activity is carried out as per suggestions of civil engineer(s). If anyone is having any issues with that, s/he can go to High Court or Supreme Court.”

BJP’s Bhubaneswar MP Aparajita Sarangi took to Twitter and wrote, ”After filing of ASI’s affidavit before the Hon’ble High Court today, I am convinced that Lord Jagannath is trying to save Himself and His temple from an elected State Government which is hell-bent upon brazenly defying the law.

Meanwhile, responding to the HC’s query on construction and development activities carried out within the prohibited areas of the protected heritage site, the ASI informed the stated: “There is every possibility that the agency (Orissa Bridge Construction Corporation) during the excavation/soil removal might have destroyed the archaeological remains of the heritage site”.

Another 52 COVID-19 patients recover in Odisha