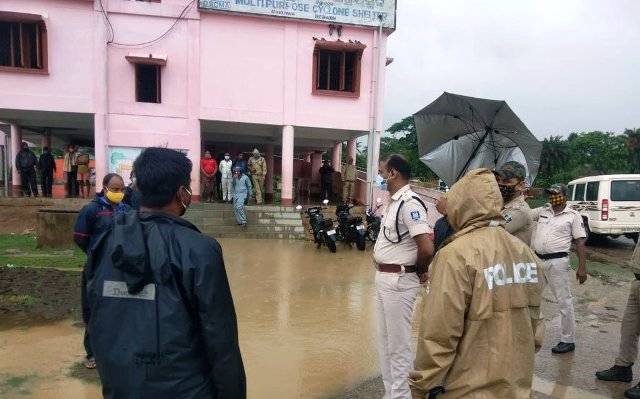 Over 2.10 Lakh People Evacuated To Cyclone Shelters In Odisha

Bhubaneswar: More than 2.10 lakh people living in low-lying areas and vulnerable places have been evacuated to thousands of cyclone shelters as Very Severe Cyclonic Storm Yaas is expected to pass by near Dhamra-Chandipur tomorrow morning.

According to the district-wise evacuation status till 4 pm on Tuesday, a total of 2,10,621 people have been evacuated to cyclone shelters and additional cyclone shelters.

Here is the status of the evacuated people and the number of cyclone shelters:- 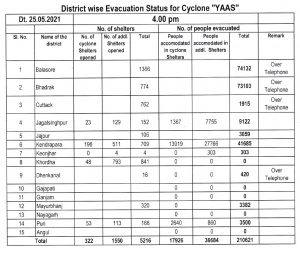 Best Foods With Zinc To Strengthen Your Immune System

Cyclone Yaas 220 Kms Away From Paradip