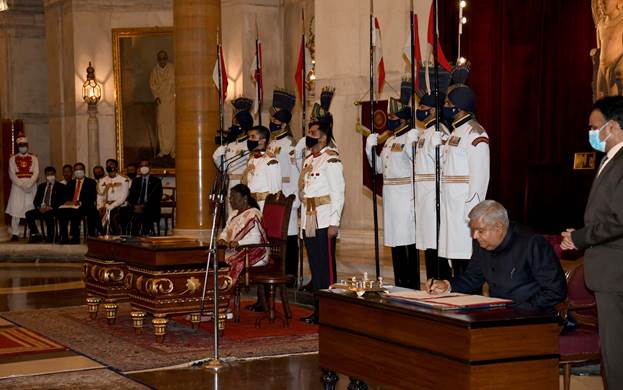 New Delhi: Jagdeep Dhankhar, a former governor and ex-Union minister, on Thursday took oath as the fourteenth Vice President of India. He was administered the oath by President Droupadi Murmu at Rashtrapati Bhavan here today.

Dhankhar was nominated by the BJP-led ruling NDA for the country’s second-highest constitutional office. 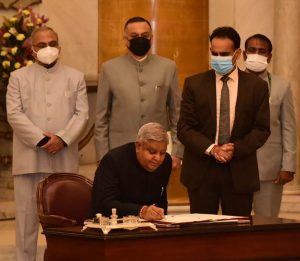 On 6 August, Dhankhar was elected as the Vice President after defeating the Opposition’s Margaret Alva comfortably. He emerged victorious with 528 votes against Alva’s 182.

With 74.36 per cent votes Dhankhar has the highest winning margin in the last six vice presidential elections held since 1997.