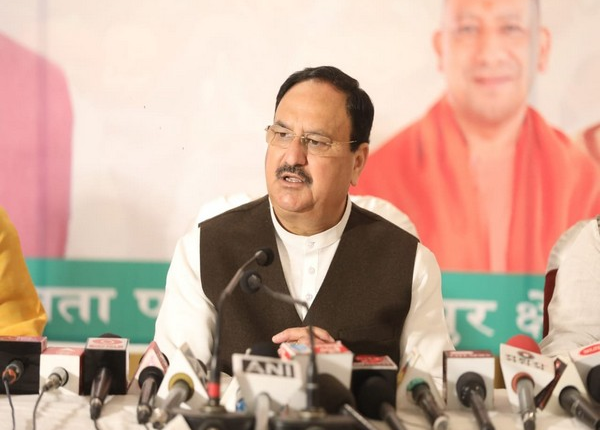 While addressing a press conference today, Nadda said, “The Opposition is absolutely dejected. The Opposition leaders are not getting any issue in the elections. The people of Uttar Pradesh are completely satisfied with the work of the double engine government of the BJP. On March 10 our government is going to be formed once again with a thumping majority.”

I have seen the enthusiasm of voters in favour of the BJP. The people have made up their minds to vote for development, security and prosperity. The BJP has worked for the empowering of the poor, women, and the youth,” he added.

Notably, Gorakhpur Urban and Gorakhpur Rural constituencies will go to the polls in phase six of the elections. The BJP chief slammed the Samajwadi Party supremo Akhilesh Yadav, stating that the state during his tenure had gone on the path of destruction.
Elections in Uttar Pradesh are being held in seven phases and will conclude on March 7. Polling is underway today for the fourth phase of the elections in the state.