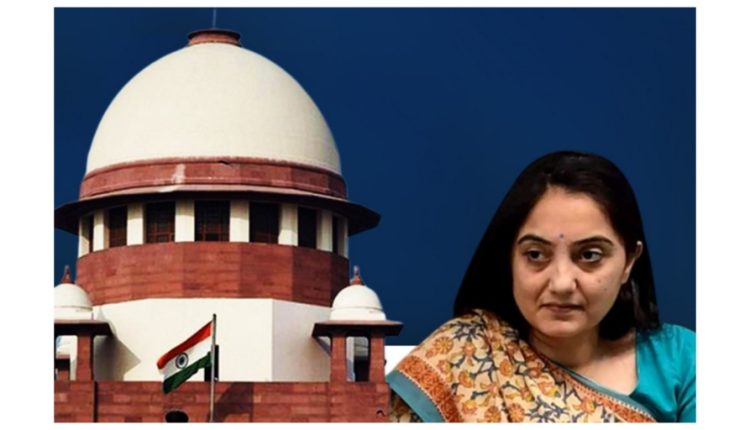 New Delhi: The Supreme Court of India on Friday refused to grant relief to suspended BJP leader Nupur for transferring all FIRs registered against her to Delhi. She has withdrawn her plea from the Supreme Court.

Sharma approached the top court seeking the transfer of all the FIRs registered against her, across several states over her controversial remark, to Delhi for investigation.

The former BJP spokesperson has told the SC that there is a threat to her life.

While hearing Sharma’s plea, the apex court observed that she has “threatened the security of the nation”. “The way she has ignited emotions across the country… This lady is single-handedly responsible for what is happening in the country.

The top court slammed Sharma saying that she should apologise to the whole country. “She and her loose tongue has set the entire country on fire,” the court observes. Her outburst is responsible for the unfortunate incident at Udaipur, where a tailor was murdered, it added.

Sharma was part of the news debate on the Gyanvapi mosque issue, which was aired last month, during which she made certain comments about Islam and the Prophet Mohammed that sparked widespread outrage in the Muslim community.

Accordingly, the police have booked Sharma for promoting enmity between different groups on grounds of religion and committing acts intended to outrage religious feelings of any class under the Indian Penal Code.