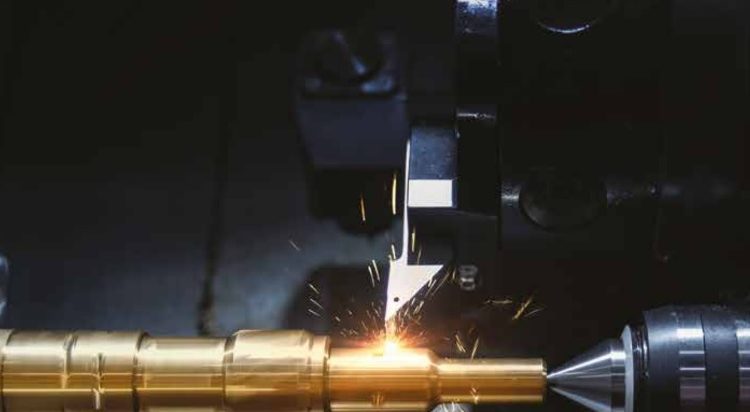 ECLGS Continues to Catalyze Revival of MSMEs across India

Mumbai: The Emergency Credit Line Guarantee Scheme (ECLGS) has been successful in helping Indian businesses navigate through the economic crisis caused by COVID-19, and catalyzed the revival of MSMEs during and after the pandemic. That’s according to the second edition of the ongoing TransUnion CIBIL study on the flow of credit and changes in borrower behaviour and performance based on ECLGS disbursals made up to 31 March 2022.

The TransUnion CIBIL study is based on ECLGS data provided by National Credit Guarantee Trustee Company Ltd (NCGTC). The ECLGS scheme was launched in May 2020 under the Atmanirbhar Bharat Abhiyan, and has been expanded and extended until 31 March 2023 with an outlay of INR 5 lakh crore. This includes the recent addition of a further INR 50,000 crore, which will be made available to enterprises in hospitality and related sectors.

The study highlights that additional liquidity through the ECLGS not only enabled MSMEs to revive their business during the initial phase of COVID-19, but also to scale their enterprises as economic activity started returning to normal. Over the course of the four quarters since availing ECLGS, the average number of new trades opened per borrower went up by 15% compared to only 6% for the eligible borrowers who didn’t avail ECLGS. Additionally, the ECLGS has significantly helped revive contact intensive-, mobility-, and consumption-dependent sectors like services, traders, and construction, along with labor intensive industries like textile and food processing.

Speaking on the findings of the second edition of this study, the MD and CEO of TransUnion CIBIL, Mr. Rajesh Kumar, said, “The liquidity shortage created post the pandemic, due to paucity of inflows while at the same time continuation of obligatory outflows, could have posed possible threat of insolvency for businesses. The timely infusion provided through ECLGS has significantly helped in resurgence of businesses across geographies and at the same helped in controlling NPAs in MSME lending. The NPA rate of 4.8% for borrowers who availed ECLGS facility is lower than that of the borrowers who were eligible but did not avail the facility (6.1%)”.

As MSMEs depend on daily cash flows, they are very vulnerable to any kind of economic crisis. These enterprises generally do not have excess reserves or a cash surplus to help them withstand a crisis situation. The ECLGS was designed to provide immediate liquidity for these enterprises. TransUnion CIBIL’s analysis shows that the scheme has been able to meet this objective, as 83% of the borrowers that availed ECLGS up to March 2022 were micro enterprises. Within this category, 54% of borrowers were those whose overall exposure at the time of availing ECLGS was up to INR 10 lakh. Refer chart 1.

On the supply side, both public and private sector banks played pivotal roles in driving the scheme over the last two years. While public sector banks were early adopters in implementing the scheme as soon as it was released, private banks rapidly caught up, helping propagate the scheme to a wider set of borrowers and expanding its geographical coverage. The contributions of public and private sector banks in terms of amount disbursed was 42.8% and 43.1%, respectively, with non-bank financial companies, small finance banks, and rural regional banks disbursing the balance. However, public sector banks processed the highest number of applications.

Geography wide distribution of the scheme with Maharashtrahighest on disbursement amounts

Analysis in the report reveals that states with prominent commercial centers and where the concentration of MSMEs is higher hold a larger share in the ECLGS, both in terms of count and value. The availrate indicates that there is no material disparity in access between states, and the scheme has benefitted MSMEs across the length and breadth of the country. The ticket sizes also reflect the concentration of MSMEs by size. For example, the average ticket size is higher in Delhi where the proportion of medium enterprises is high, and lower in West Bengal, which has a higher proportion of micro enterprises.

The study also covers an analysis of NPAs (non-performing assets – i.e. loans in default for 90 days or more)in the ECLGS and the findings show that the NPA rate in March 2022 is 4.8% for borrowers who availed ECLGS facility, compared to an NPA rate of 6.1% for borrowers who were eligible but did not avail the facility. Similarly, the roll forward rate from 1-89 days-past-due (DPD) to 90+ DPD is lower for borrowers who availed ECLGS. This indicates that the liquidity provided under the ECLGS has helped in arresting probable default and protected both borrowers and lenders from bad loans.

“The score upgrades for borrowers who availed ECLGS at 50.5% stood better than those who were eligible and did not avail the scheme (38.2%). This indicates that liquidity offered through ECLGS has helped in arresting downgrades of borrowers and sustained good credit behavior” Kumar said. “With MSME sector being the backbone of India’s economy, ECLGS has been able to astutely provide funds to small businesses and helped them build resiliency and structural stability, while driving economic resurgence”

Another 243 COVID-19 patients recover in Odisha

PM Modi condoles loss of lives due to floods in Pakistan