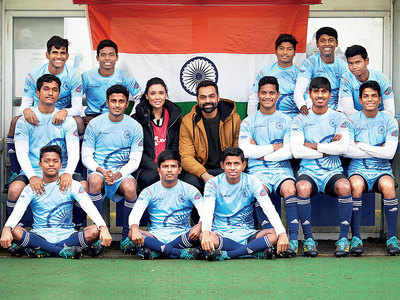 Bhubaneswar: Jungle Cry, a drama charting the journey of 12 underprivileged children who go on to win the prestigious U14 Rugby World Cup in England, has won the ‘Best Film’ (Jury) Award at 11th Dadasaheb Phalke International Film Festival 2021.

Glad to share that #JungleCry, a true inspiring story on how KISS students became Champions at the U-14 Rugby World Cup 2007, has won the 'Best Film' (Jury) at the @Dpiff_official International Film Festival 2021.
Read more –https://t.co/cdRf5XDTla pic.twitter.com/pT1LPpTUtQ

Jungle Cry follows the story of the group of children who fought odds and practiced Rugby barefoot before earning the trophy later. The team came from Kalinga Institute of Social Sciences in Orissa, India, which also had more than 30,000 children from tribal, underprivileged, and orphaned backgrounds.

The Bollywood-Hollywood co-production is led by Prashant Shah, whose credits include My Name Is Khan and The Bruce Lee Project.

The trailer of the movie was released in Cannes 2019.

Bollywood actor Abhay Deol played the role of rugby coach Rudraksh Jena who had trained tribal boys from Odisha to play rugby at the international level.