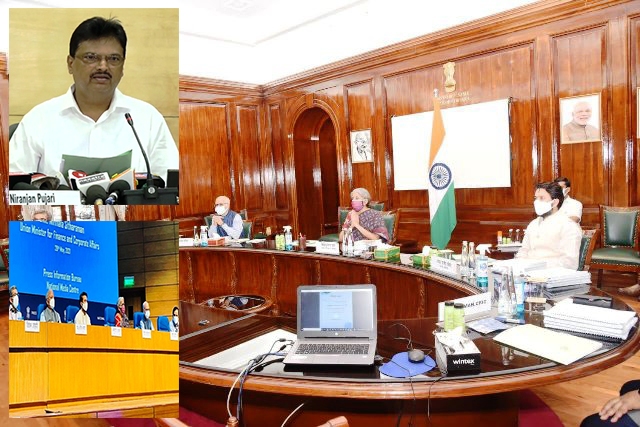 The State Finance Minister attended the meeting as a member of GST Council from Odisha and participated in the deliberations.  Ashok Meena, Principal Secretary, Finance Department, and Sushil Kumar Lohani, Commissioner of CT & GST, Odisha had also attended the meeting.

On behalf of Odisha, Pujari raised various issues in the interest of the state. He stated that Odisha is fighting two battles, first the COVID pandemic and severe cyclone — YAAS.

Pujari raised the issue of reduction in tax rates on items required for COVID management like vaccines etc. so that the burden on common people and states in procuring these items comes down. He highlighted that the Chief Minister of Odisha has already written to Union Finance Minister earlier this month in this regard and requested the GST Council to consider the matter on priority in view of urgency.

The Odisha Finance Minister further opposed the proposal put up before Council to bring Extra Neutral Alcohol (ENA) under GST. He highlighted that ENA when used for the production of alcoholic liquor for human consumption is chargeable to VAT @ 5% with w.e.f. 23.11.2017. Hence, GST Council should maintain status quo on levy of VAT by states on ENA since alcohol is already outside the purview of GST.

As regards payment of GST compensation against loss of revenue due to implementation of GST, Pujari proposed that the formula for payment of GST compensation as decided last year wherein Central Government raised certain amount through borrowing and passed it on to states on a back to back basis to be repaid out of further cess receipts, may continue this year also and states be compensated accordingly.

State Government further supported a number of other proposals of GST Council particularly relating to reducing & simplifying compliance burden of dealers, one-time reduction in fines for late filing of returns, amendment of various provision of rules for smooth implementation of GST, strengthening of GSTN, extension of due date for filing of returns by small taxpayers in view of COVID, etc.

It was informed that Odisha Finance Minister has been nominated as the Convenor of the newly constituted Group of Ministers (GoM) on ‘Capacity based taxation and special composition scheme in certain sectors in GST’ with Finance Ministers of six other states as Members.